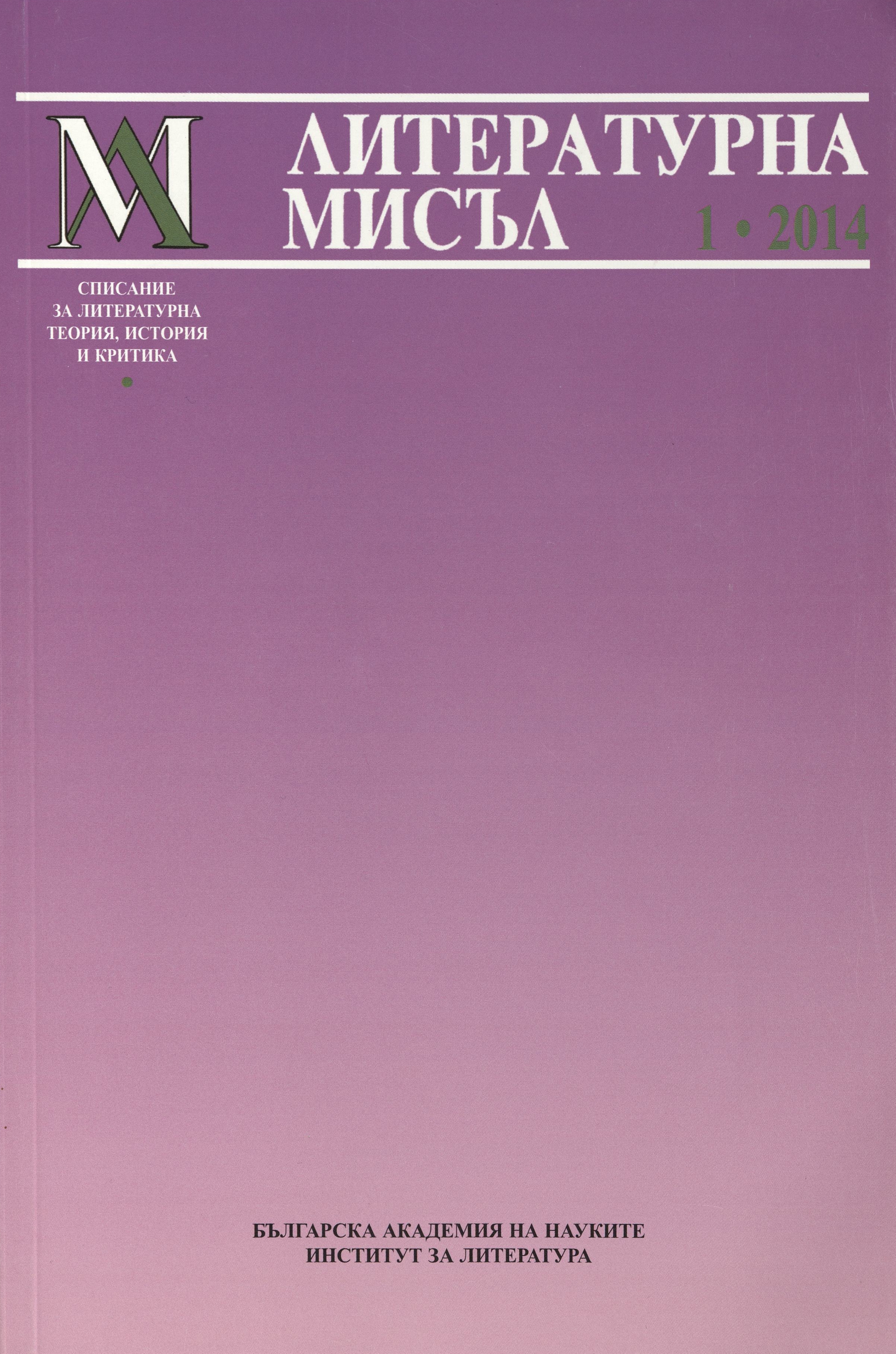 The preface to the divergent texts devoted to the work of Ivailo Petrov, seeks to cover and inspire their unexpected unity – on the basis of the experience of each of the researchers to extract and highlight the “different” in the remarkable storyteller: atypical, unaccustomed even unrepresentative. Thus here plebs and truth have core categories around which gravitate the individual studies. Due consideration is given also to the other bright gift of the writer – the artist in him, which contributes to the presentation of creative personality in fullness. The articles end with an excerpt from the unpublished second part of the novel "Baronovi" (1997), i.e. with another escape-shelter of the author Ivailo Petrov behind the mask of an aristocratic and amoral "I" – character and narrator simultaneously. Composed parallely with the epic masterpiece of the writer "Wolf Raid", the novel "Baronovi" once again reinforces the idea of the hierarchy in this writing and and how Ivailo Petrov is divided between two mismatched prose profiles.

The part of Ivaylo Petrov’s fiction that usually attracts critical attention today features the texts recreating different aspects of the life of Bulgarian peasants. This article seeks to revive the writer’s other works – the ones he conceived as an attempt to display a different face and to prove that he had overcome his commitment (being of peasant origin himself) to the “conventional patriarchal Bulgarian” mindset. The paper shows how the writer’s resistance to his “inherited identity” subsides with time (especially towards the end of his career) and how he evolves into a champion of the values and the worldview that he used to rebel against in his youth.

The paper proposes to examine Ivaylo Petrov’s prose about the extinction of the rural life through the notion of plebs and to introduce in literary criticism the historic dimension of the “directed industrialization” that took place in the beginning of the communist regime. Drawing the economic and social mutations through the plots the author puts forward the wagers of morality and gives multiple instances of the turn of mind.

The title “The Deceit without Which We Cannot Live” is provoking. In the base of the analysis is the novel “Liar” of Ivaylo Petrov. The basic concepts in it are the illusion, and the reality. The composition of the novel has been considered, integrated by the image of the main person. Counterparts with the folklore and folk-tales have been searched. Social problems have been put on forward position.

The text analyses the novel through a psychoanalytic and psychodramatic aspect. The ego-narrative is considered an analog for free associations and psychodramatic acting. The accent is that the protagonist- author presents his truth about the world through the philosophy of the humor and the irony.

The article analyses Ivailo Pertov’s novel – “Sentence death” (1991) – and searches an answer of the question why the Bulgarian political novel remained unwritten. Some genre features of the political novel are outlined in historical and contemporary plan. It’s highlighted, that the real political novel is a novel-thinker, not an activist party agitator. It’s author is the civil society, not the political parties.

The present text tells a very interesting story - one of the writers, who draw, and the artists who write. Thanks to the the spiritual generosity of the wife of the “writer- artist” - Mrs. Ophelia Denkova-Petrova, who kindly invited me to his home, I had the unique opportunity to touch the authentic and multidirectional world of Ivaylo Petrov - a kind of "a prisoner of two muses." Painting for him was like breathing - so organic and consumeing in his spiritual life, that sometimes he had used the reverse side of his paintings or fiction manuscripts. Among the most famous portraits are those of Emilian Stanev, Boris Dimovski, Valery Petrov, Radoy Ralin, Ivan Radoev and many others; also his numerous self-portraits and favorite places drawings. For me as a literary historian he is yet to be rediscovered not only in the classic Bulgarian prose but also in his talent as an original artist - especially in his charming bigamy with the Muses.

Archive, Three Letters to Ivaylo Petrov. An Excerpt from the Unpublished Second Part of the Novel

Article is a theoretical study of literary sketch’s transformations from the point of view of its genre peculiarities in the era of socialism. The main accent is put on texts published in Bulgarian mass media and literary magazines (like Plamak and Septemvri) between 1944/45 – 1970. Communist ideology’s influence over literature is looked through the topics of the creating “new man” in the “new communist society”, processes of industrialization, internationalism and battle with the “world of capital”. Modern left social visions are presented in ideological clichés of totalitarian ideology. At the same time, they are admitted by literary theory as an important part of Bulgarian literature and proclaimed as elements of a theoretical construction with mythological projections - so-called “socialist realism”. In these processes sketch widely presented political point of view of ruling party and became an instrument for pervasion of ideological messages in people’s everyday life.

The review of the monograph by A. Vacheva tracks how trivial topic of female poetry in Bulgaria interwar period, unfolds in the fundamental issues of the women writing in general. The study of Vacheva ends with intractable interrelation of gender and ideology, since it tends to conceive the female experience in writing, fixing the validation and deletion of the current Bulgarian writers from the canon, which is a priori powerful, patriarchal and similar to male-subordinated. The study concerns also the essential problem for the historiography of women's writing and creativity in our country. By reviving the picture of Bulgarian literature from the most stable decade in recent history (the 30s of XX century), a decade marked by female identity – urban – bourgeois, A. Vacheva actually describes a history of identification and recognition of significant figures in our literature produced by women. In this sense, her research could be defined as testing for entries and exits, to legitimize or to erase the author's characters of the prestigious literary field.