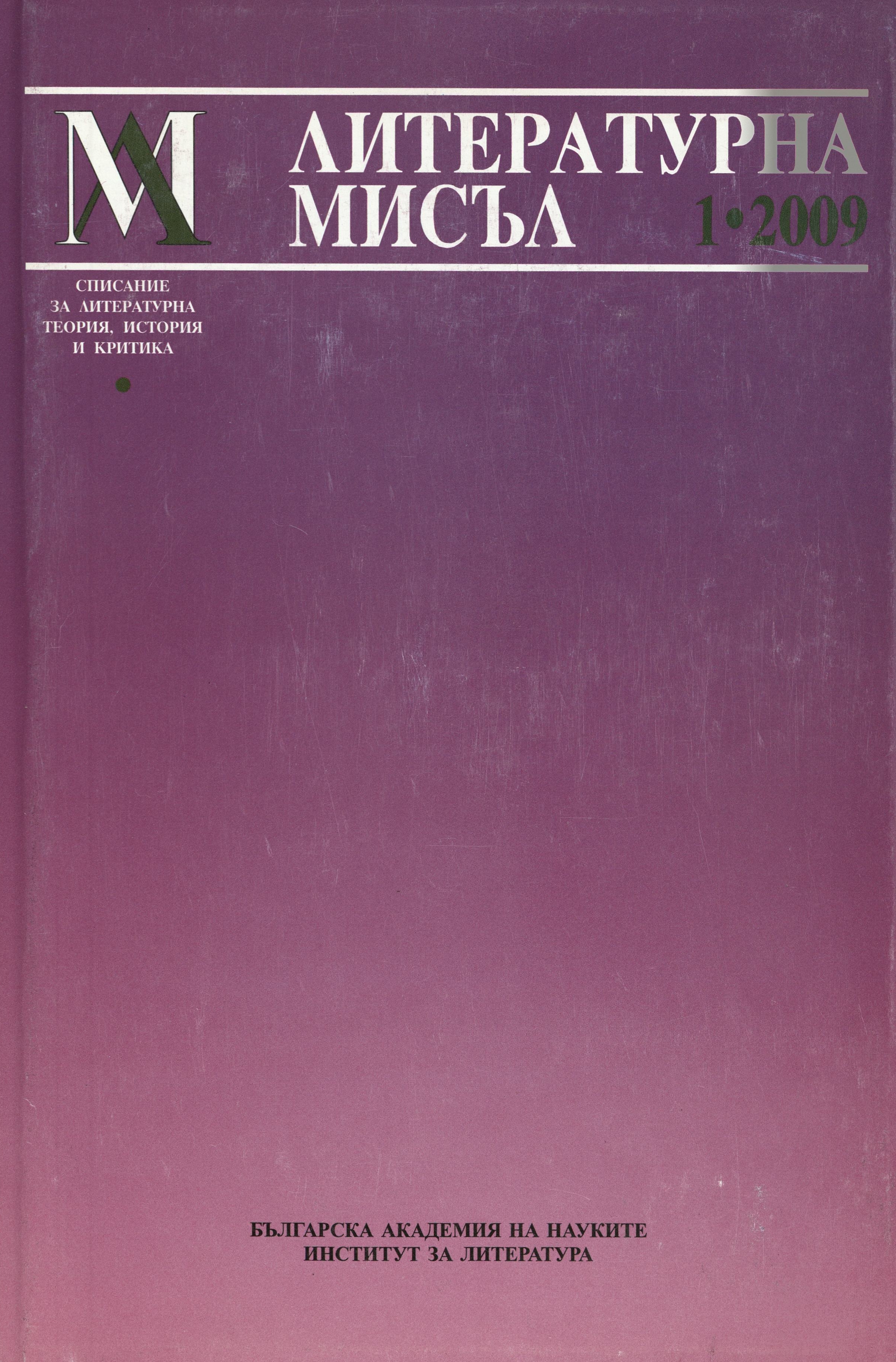 Over the period of its development - the second half of ХХ century and the first decade of XXI century - the Institute of Literature has established itself as a scholarly centre of literary research whose priorities correspond to the changes in society, the science and the world we live in. The conclusion related to the anniversary as well as the outline of its future development shows that literary studies are only possible as an opened field, where values of the critical humanism, personal responsibility and commitment to the truth acquire significance. Within the changed context within the Humanities, several future tendencies may be outlined:

Exile, for all of its pain and suffering, has offered European writers a way to step out of their national linguistic and environment. Did exiled writers make use of this opportunity, and start writing a "literature for Europe "? By no means all did; many of them sealed themselves off in order to maintain the purity of their mother tongue, while others 'opened up' and adjusted to the culture of their host country, often even by adopting its language for their writing. Tracing the voices of exile from Istanbul (Kelemen Mikes ,Erich Auerbach), Buenos Aires and Madrid (Vintila Horia), Paris (Adam Mickiewicz, E.M.Cioran, Tristan Tzara and others) the article also dwells upon Pascale Casanova's reasearch "La Republique mondiale des letters", dealing with the theme of exile.

The paper offers an attempt to analyze the meaning of the notion 'anti-totalitarian literature' per se and in its Bulgarian context. This is a complex phenomenon embracing several different trends, different types of writing, different political affiliations and aesthetic views. Also, there were writers that are still difficult to classify in the main types of 'anti-totalitarian literature': political emigrants, dissidents, communists that opposed the status quo, etc. One such author was Asen Christoforov (1910-1970). A graduate of London University, a young Bulgarian professor of economics in the first post-war years, he was dismissed from the University of Sofia, later accused of being a British spy and sent to the concentration camp in Belene. Christoforov lived a lonely life for many years near the village of Govedartsi, at the foot of Rila mountain.

Nevertheless, in the late 1950s and later Chistoforov published several books. Almost all of them described the mountain and its inhabitants and especially the people of Govedartci. The paper traces the author's percecution for political reasons discretely mentioned in his work, claiming that their literary merits are greater than their 'anti-totalitarian' criticism.

The text presents some ideas about how totalitarian culture affects literary history by reducing, reinterpreting, and reevaluating facts. In this case modernism is in the focus - Bulgarian modernism and its modernist and further interpretations. The main point is that totalitarian culture tended to reduce the ideological importance of modernism, as far as it saw in this trend an alternative mirror image. Thus modernism was in a way isolated rather as a chronological period of culture with certain ideological, poetical and genre features. The stress was removed from its essential importance exactly as ideology and poetics, which could have expanded its interpretation in wider cultural aspects. These speculations are based, firstly, on the self-reflection of the modernists themselves, and secondly - on certain tendencies in world literary studies to discuss modernism as a concept, broader than the movement which were chronologically fixed between approximately the middle of 19th and the middle of 20th centuries.

The text presents a period of human history which passed under the sign of a number of wars, great loss of human life, merciless extermination and suffering, i.e. totalitarianism. The subject of scientific comment of this study is Tzvetan Todorov's book Face a l'extreme', which affords an opportunity to reveal the truth about human nature through the stories of different forms of behaviour in extreme situations in the concentration camps. The author projects the issues of moral survival, good and evil, courage and heroism in the individual fates of some ordinary men - witnesses and victims of the totalitarian power. The main purpose is to show that a such a personal example is the best argument in the search for the truth, and the best direct route to learning a lesson from history. Тhe real life short stories from daily human experience translate into literary examples, which aim to explain and illustrate the author's thesis. Tzvetan Todorov's book is the best postmodern projection against totalitarianism.

The research is mainly based on archive sources, some of which are published here for the first time.

The present study deals with the meaning of the term "paraliterature". It is acknowledged as a common designation of various literary genres that paradoxically could be observed from "within and without" the mainstream literary standards. Moreover, paraliterature ranges over "the category of written works, as a whole, relegated to the margins of recognized literature and often dismissed as subliterary despite evident resemblances to the respectable literature of the official canon".

The authors undertake the interpretation of two unidentified hand-written collections from the Bulgarian "Belle Epoque": "Album of various songs to remember" (1896-1901) (created, written and copied by the classmates and friends of Lubomir Targovski - Boyan Penev is also among them) and "Album" by Nikola Sapundjiev (1909-1911) (in the city of Razgrad and in the village of Slavyanovo). Generally, these albums are essential for the self-identification of certain social groups - the military, prisoners, girls, bohemians. Both collections are included the concept "album poetry" . The values in these works are concerned with "the multiculturalism" of Razgrad`s high school. The biographies of their respective owners are also of interest. As a literature of personal documents the works in these collections belong to different genres: songbook, scrapbook, hand-written book in the complicated relations between "high" and "low" cultural strata.

The goal, which this study pursues, is to ask some questions, such as where, when, how and into what axiologic perspective these albums and other para-literary forms may find their place in academic periodisations and the history of Bulgarian literature.

The paper presents a close reading of J. Joyce's short story "Araby" and attempts at defining the relationship between the notion of image as represented by the story and the fictionality at work in it. The analysis reveals the paradoxical intricacy of fiction and reality (the two no longer being opposed, but rather interwoven) in the very heart of the fictional image, which for its part tends constantly to disintegrate. In fact, through the image fictionality is disclosed as taking place in the rupture produced by the non-coincidence of reality with itself. Borrowing a concept of C.Malabou's, the author of the present paper names the aspect in the image that drives it toward incessant alteration, bringing it to the edge of explosion and disintegration, "plasticity". On the one hand, plasticity defines what could be called "transformation" of the image; on the other, it partakes in another characteristic feature of the image, namely its function to concord, to make other agencies of the subject, such as memory or perception, as well as the different aspects of the image itself (imagination, resemblance, and transformation) "conform" to it.

Though advancing no more than a theoretical model, the paper's main (and for the most part unachievable) goal is to delineate the unique field of potentiality of the story through this model, while avoiding the danger of reducing it to the reader's own (mis)interpretation.